The Peaky Blinders were formed during a drunken evening early 2015.

The aim was to put a band together to play at Hint Fest 4, a small festival which Simon and Steve organise.

We set out to learn three songs, bearing in mind, that as much as we all loved live music, none of us could play a musical instrument or sing!

The three songs turned into ten, and we played live to our first audience at the festival in August 2015 .

The ten songs have gone onto forty plus and the rest is history.

The Peaky's were out playing the local pub/ festival scene and private functions and our love of music and performing has kept it rolling. A few years on we have a good few gigs under our belt and we continue to still just love it.

As the king would have said "Thank you very much"

Hope to see you at one of our shows soon.

Bri '2 Guns' Hastie- Lots of guitar, lots of singing whilst blowing into a harmonica. 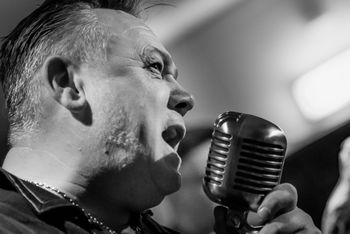 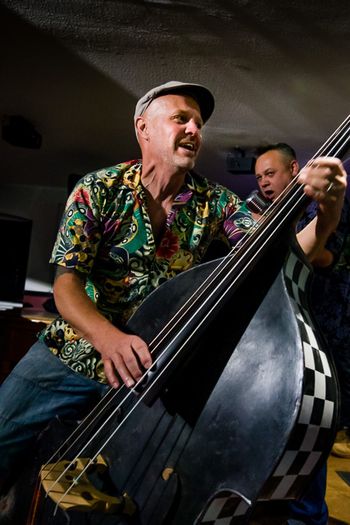 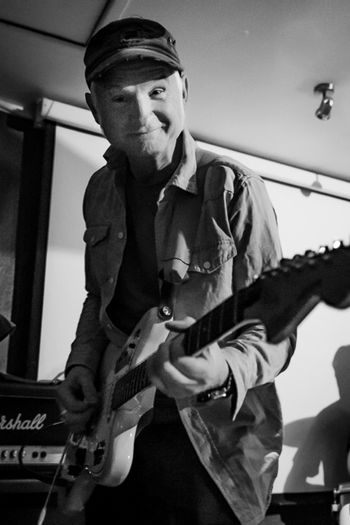 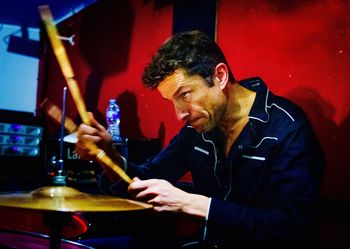 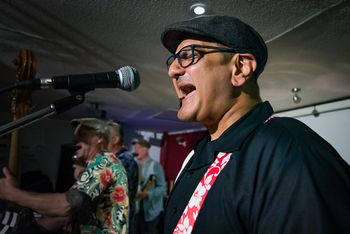